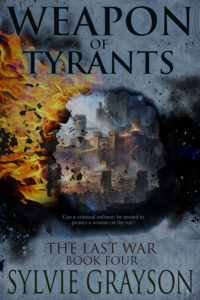 Damian Stuke was an enforcer for a gamer, but now he is in training as an undercover agent for the Khandarken military. Then he encounters a fascinating woman with a hidden agenda. But when he discovers what she is hiding, his protective instincts kick into high gear.

Fanny Master is from the elite in Khandarken, and when both her parents are murdered, she is forced to run for her life, or be the next victim of her hunter. Amid the chaos of the International Head Ball Games and as Emperor Carlton ramps up his plans for invasion, her attacker makes another attempt on her life.

Will Damian save her from her unknown enemy, or is he still working for the other side?