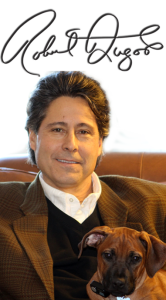 I attended a writing seminar taught by Robert Dugoni. He’s a bestselling author of police detective mysteries and about 35 people arrived from all over Vancouver Island to hear what he had to say, which turned out to be quite a lot. And it was not only interesting but useful information.

I’ve written a few books now but am still learning and I learned even more on Saturday. Here’s a sampling . When  creating a character –

But the most compelling part of the workshop was the ending. Dugoni reminded us to enjoy writing, and not to get so caught up in the marketing, readings, production of material that we lose the fun of it. Good words to write by.

To learn more about Robert Dugoni, check out his website at http://www.robertdugoni.com/

Cold Sassy Tree, by Olive Burns. This book is so charming, we still quote from it although I read it years ago. Grampa owns a hardware store in town and his son works for him. Gramma won’t let him keep moonshine in the house, so every morning Grampa goes to his son’s house, into the closet and takes a whopping big drink of the gutrot he keeps there. Then he stamps his foot to allow it to go down. His 14 year old grandson’s favourite expression is, ‘Boy howdy, Grampa.’ It is a very sweet story.

To All Appearances a Lady, by Marilyn Bowering of Victoria, British Columbia. A very charming but sad story of whites and Chinese in western Canada in the 1850’s, with the opium trade and head tax. The story travels forward to the grandson in the Canadian Navy and back to the adventures of the past.

Gone With the Wind, by Margaret Mitchell. I read this book while still in high school. Because it is such a tome, it took a while to read. My mother complained that I was cranky the whole time I was reading it and was relieved when I was finished. But then my sister started it. Same scenario, a cranky read. Great book, a classic.

The Pale Horseman, by Bernard Cornwell. When I started this book I didn’t know the author Cornwell, but said to my husband, you are going to love this book. I discovered it was the third in a series and quickly got the first two. Great series. That got me onto the Richard Sharpe books by the same author and I read about nine of them before I moved on.

Open Season, by Linda Howard. I have read most of Linda Howard’s books but this one stands out along with Son of the Morning. Open Season has a wonderful tongue in cheek effect even while the bad guys murder a fellow right in front of Daisy, who has set out to find herself a mate, urged on by hormones. Son of the Morning, is much more gritty with a young woman running desperately for her life. She ends up doing some time travel, which is not typical Howard, but in its own way it is just as compelling as the first book. Both great books.

Cryptonomicon, by Neal Stephenson. I didn’t read fantasy until my son urged me repeatedly to read this book. When I finished it was I was so impressed that I continued on to read much more of this author. But this is definitely the best. It is not a small tome, but a few years later I was compelled to read it again, it had left such an impression. The young man at the heart of the story comes from a long line of mathematicians. He says about himself that he wasn’t as smart as his forefathers who were code breakers during the Second World War, so he became an engineer. The descriptions of these guys are hilarious, quirky, nerdy. Great fun.

A Son of the Fur Trade, the Memoirs of Johnny Grant. This is a book edited by Gerhard J Ens from the journals of a man who lived in the 1800’s in what is now Canada and the States. Grant called himself a half breed, his mother a native Indian, his father a Hudson’s Bay factor from Quebec. One of several children, he refused to cooperate with the attempts at education that his family made, and soon went his own way. He did business in Utah and Montana, travelled by horseback all over the central plains, was in Manitoba when Louis Riel conducted his uprising. In fact, Riel locked him up in case he tried to interfere. I found this book while doing family genealogy research and found it not just fascinating but a valuable source of information of the times.

Pillars of the Earth, by Ken Follet. I had already read many Follet books when I came across this one. By far his best novel, this book captured my attention. The characters are wonderful, compelling and highly motivated. It is a story of the church, the crown and corruption, all worked around the construction of the wonderful stone cathedrals in England and France. Truly a fine work.

The Holy Bible. I never tire of the wisdom and guidance to be found inside this book of books. Even when I am too tired to read much, a few lines, a paragraph are often sufficient.

What are some of your favourite books? Why did they make that list?