Last Chance for the promotion. Buy now and save!

Can Rain solve his last police case without getting his girlfriend arrested? 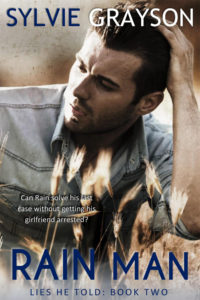 Rainier is a survivor. He’s made some mistakes, and now he’s paying for them. As a condition of his probation, he must work with the police on investigations where his skills might be useful. There is one more case to solve to complete his commitments. Then he’ll be free. Just as he heads undercover to work this last case, Sophia arrives in town. She is a childhood crush who means a great deal to Rain, and she is obviously terrified of someone.

Sophia has made a bad choice in the past, and now she’s in hiding to avoid dealing with it. Still, it follows her, and Rainier is the only one she can trust to help her out.

Rain’s problem? The clues he’s uncovering in his last case all seem to lead directly to Sophia. Can he solve this case without breaking his heart or pointing the police in his girlfriend’s direction?

5 stars, Amazon reviewer—This is another great Sylvie Grayson crime mystery. Thrilling suspense and excellent plot development. I hope there is more about Rain Man and Sophia in future books.

5 stars, Amazon reviewer —Rain is on probation after he gets busted for illegal gambling. One of the conditions he has to fulfill is to help the police on cases involving money laundering. Unfortunately, the case seems to involve his longtime crush, Sophia (or maybe her boyfriend).
This is a well-written story with action, misunderstandings, and redemption. It is an excellent story to get lost in and a good sequel for “The Lies He Told Me”.

We found a garden slug travelling up the garage door the other day. It was a beautiful shiny black, moving so slowly I could have gone for lunch and come back by the time he moved about twelve inches. We have them here in various colours—tan, brown, spotted, as well as black. I’ve seen them crossing our gravel driveway, and wonder what benefit there can possibly be to travel at that pace across what must seem a desert of sharp stones on a smooth slimy stomach. 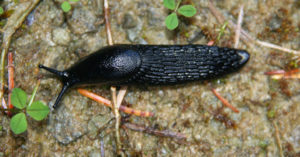 On the other hand, and in contrast to the slugs, we also have the Pacific chorus frog. They are so tiny, they often back into the petals of my dahlia blooms and wait there to catch flies or mosquitoes as they fly past. They are fast, I’ve only been able to catch one in all the time we’ve lived here on the west coast—or the wet coast, as we like to say. And unlike the slugs, they are loud. In February and March when the frogs emerge from the wetlands and begin to mate, it’s hard to sleep for the noise they produce. 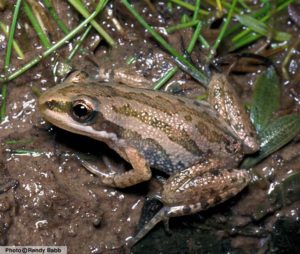 Writing is a lot like these two little animals. Sometimes the process is so slow, it’s like watching paint dry, and about as exciting. Other times it leaps ahead so I can hardly keep up with the flow. One book will take six long months to write. Another will pop out in six weeks, and just need another two for editing. There is no predicting it.

Life happens. So when I am working on The Last War: Book Six and halfway through I have to start reading at the beginning yet again, to get a grasp of what has happened so far and what has yet to take place, I think of the slug moving slowly across the sharp gravel. And if I ever get to a point on this book where I can leap ahead to the finish, I’ll celebrate loudly like the little chorus frog.

What little animals inhabit your world?

I have taken a break from writing and we are spending time in beautiful Maui. I love it here.

The special things about Maui— 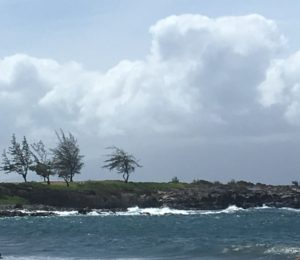 Meanwhile back home, the weather has continued to look like late winter so I don’t miss it at all.

All has not been great here. I broke a crown on a back tooth on the plane on the way here. Found a great dentist who managed to file down the rough parts that were scraping the inside of my cheek and the side of my tongue. So now I’m much more comfortable.

We joined a gym and planned to work out every other day while here, plus a swim every day. We’ve done the swim, but I wrecked my lower back at the gym after the 3rd visit and had to find a chiropractor. Two visits later, I am starting to feel better and only using the ice pack twice a day! 😊

Oh, well. It’s beautiful here, the people we meet are friendly and so helpful. We’ll certainly come back. 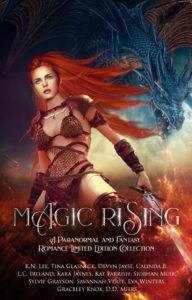 Wow, how time flies. I can’t believe we are here already.

I have exciting news. The next book in the series The Last War has just been released. Prince of Jiran, The Last War: Book Five. Be among the first to read and review! You can find it on Amazon at https://www.amazon.com/Sylvie-Grayson/e/B00OEIVODG/

My special offer- send me proof of purchase for Prince of Jiran,  The Last War: Book Five, and I’ll send you your choice of any one of the previous four books for free! ebook only!  Email the information to  sylviegraysonauthor@gmail.com  by January 30th, 2018

A Penrhy prince caught between duty and desire. Can he win the impending battle? 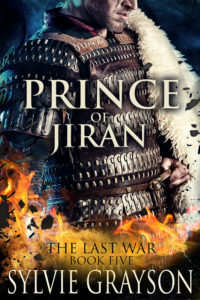 Shandro, Prince of the Penrhy tribe of Jiran, disagrees with his father,  Sovereign Pollack, on nearly every issue that arises between them. But his goal is to uphold the family values in spite of Pollack’s conniving moves as he deals with the hotbed of competing nations around them.

Then Shandro is sent on a mission across the mountains into Khandarken to bring back Princess Chinata, a bride for Emperor Carlton’s Advisor. In exchange, Jiran and the Penrhy tribe are given a peace agreement, protection against invasion by the Emperor’s troops. This seems a good trade, as Carlton is hovering on their borders with his need for more land. However, not far into the journey, it becomes apparent someone is not adhering to the terms of the peace accord.

Near the tribal border, Shandro and his troops have come under direct attack from unknown forces. He digs deeper into Chinata’s background to find strong ties to the New Empire. Is it too dangerous to bring Princess Chinata into Jiran? Or as her escort, does Shandro become her defender against the Emperor’s troops?

Are you an avid reader? Would you like to be a member  of my Reader Team? You would get advance copies of each book before it is released, with a chance to be first to leave a review. There’s still room!

Email me at the address below with the topic – Reader Team.  Please specify Contemporary Romantic Suspense or Sci fi/ Fantasy.  (Some prefer both 😊)  Many thanks! sylviegraysonauthor@gmail.com