Went for a nice walk yesterday, around Rithet’s Bog (named after Robert Patterson Rithet, a prominent businessman in Victoria, late 19th C, early 20th C). The ducks had abandoned the bog for some reason and gathered on the other side of the walking path that circles the marshy water. 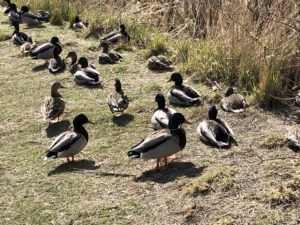 Here are two beautiful males, the feathers on their heads are iridescent. 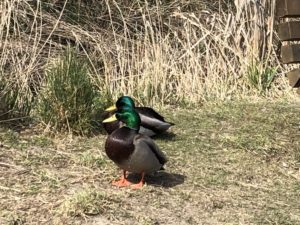 We didn’t encounter too many other walkers, most people isolating, I imagine. What we did notice was of the 8 or 10 we saw, most would not make eye contact. Perhaps they feared that eye contact would make them vulnerable to the pandemic. There were several, however, who like us, wished those they saw a good day as they passed. Very heartening.

Stay safe, keep well. How are you keeping busy as you isolate?