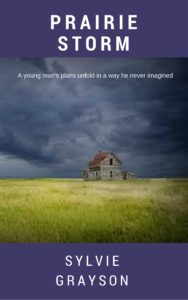 As the Great War drags on, can a prairie farmer put his life back together?

It’s 1918, and prairie farmer Shane Narraway and his brothers are doing their best to help feed the Allied troops fighting overseas. As the war drags on, it is a tough time of hard work and deprivation for everyone .

But Shane’s bigger goal is to marry Emily Waddell. Emily has just arrived in Canada and already lost her family and her dreams. She’s looking for a way to create a new life for herself.

With the war news worsening daily, his brother fighting in Europe, and the outbreak of the Spanish flu, Shane’s life is about to unfold in ways he never imagined.