The Healer, The Bard, The Scribe, all by LizAnn Carson – a new release. Have a look on Amazon –

Where the air is clear, and life is lived simply but fully;

Where the seasons follow the sun from sowing to harvest, from winter’s hibernation with music and stories through the revels and feasting of summer;

Where people called Weavers, people with special powers, walk the byways to bring healing, entertainment, and knowledge to towns and hamlets.

And now, imagine this peaceful land under threat…

Her Healing Powers Were Ripped Away

Willow left her childhood behind to become a Weaver, one of a select group of men and women who bring their skills as Healers, Bards, and Scribes to the scattered hamlets of the Midland. She has never been without access to the planetary Aura, the all-pervasive energy that enhances her healing skills, as well as assisting with tasks like starting fires and communicating across distances.

Then a space pod from a devastated planet disrupts her peaceful existence. It carries two grievously wounded men and threatens not only the Aura, but a way of life. Nor is the Aura as benign as everyone believes, and Willow pays the price.

A shadow of herself, she sets out through spell-clad hills to find her own healing.

Fair is fair, and you should know that Willow’s story doesn’t end with this book. See book 2, The Bard to continue the saga. 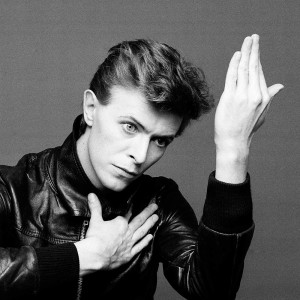 David Bowie is dead at 69 from cancer. His last song, Lazarus, was recorded shortly before he died and the video shot in a hospital room, showing him with his eyes blindfolded. Lazurus is, of course, a referral to the Bible where Jesus is recorded raising this man from the dead days after he died. Perhaps Bowie hoped for the same to happen for him.

There is much that has and will be said about him. He was an imaginative, talented entertainer, who showcased sometimes bizarre and little understood looks, actions and music. If there is one thing to take from his life, I think it is this – don’t be afraid to be yourself. What you express may seem offbeat or oddball to someone else, but to be yourself is a gift that can’t be taken from you.

Note – if you want to receive my latest news and updates, book releases and giveaways, please subscribe to my Newsletter, button on the top